As an abrasive and physical back-rower, Newcastle and Scotland flanker Gary Graham knows what it means to put his body on the line. Having played rugby from the age of 5 (first introduced to the sport by his father, former Scotland front-rower George Graham), he can now be found on a weekend plying his trade in the Gallagher Premiership – what is one of the most combative and attritional leagues in the world.

In a typical week, Gary explains that his training regime involves a combination of 4 gym sessions and 6 to 7 rugby sessions, with a gruelling 80-minute game to follow each weekend. Such a large volume of training makes it crucial that he prioritises rest and recovery. 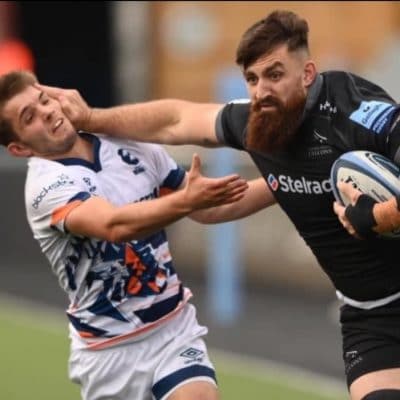 “Sleep and recovery is the most important thing for me to be able to perform on matchday. There is no substitute for sleep and without it, all the hard work we put in as players is lost because we are short on energy or flat at the weekend.

“Poor quality sleep really can affect everything from my mood to my muscles feeling fatigued and generally just feeling worn out. I’ve also had a lot of injuries, from ankle to neck, so I know first-hand that a good night’s sleep is paramount to the rehabilitation process.” 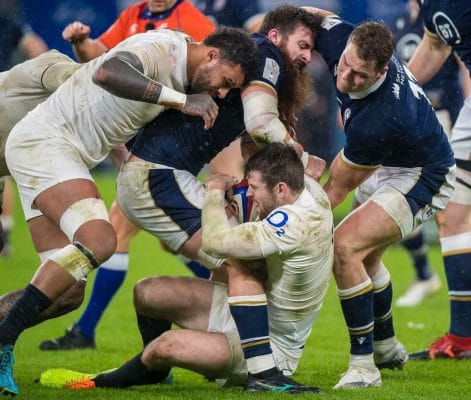 Gary also acknowledges that becoming a father has impacted his sleep – if anything, making it more important to optimise the quality of sleep at a time when quantity may be hard to come by.

“Before the birth of my daughter, I would say that I regularly managed to get 8 hours a night. But that is now nearer 5 or 6. I’m quite a light sleeper: I toss and turn a fair bit and find myself getting up during the night to go to the toilet. I’m also not proud to say that I spend a little too much time watching TV before bed and scrolling through videos on TikTok, which I’m sure doesn’t help.

“So, all that combined means that I really want to know that I’m making the most of the recovery time I do get – which is why I chose to buy a Mammoth. I’d heard about Mammoth’s mattresses through the company’s affiliation with the RPA and I found out that quite a few of the lads at the club already slept on their mattresses.

“My teammates couldn’t speak highly enough of their Mammoths, and after I got my mattress I found out why. They are genuinely comfortable and make you just want to get into bed on a night!”